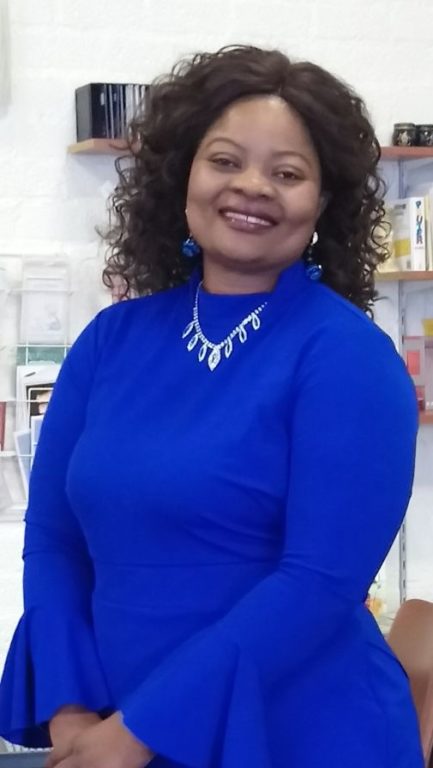 Pastor Mariana Vanstipelen is the lead Pastor and founder of the Shekinah Evangelical Church in the Netherlands.

In 1991 she gave her life to Christ while finishing her Master’s degree in University of Windhoek in Namibia.

She immediately joined the deliverance based Bible school of Faith Clinic and was anointed as ‘Rock’ by God’s grace after the order of Peter.

As a minister with the passion to tell the nations about the love of Jesus, after visiting 11 countries in Africa for the Gospel including Angola, Namibia, South Africa, Democratic Republic of Congo, Nigeria, Benin, Togo, Cote D’Ivoire, Ghana, Liberia, Cameroon, Pastor Mariana landed in Amsterdam – the Netherlands in 1997 as a young preacher, she committed to helping the body of Christ in the City in the area of Churches planting and deliverance sessions.

In Europe Pastor Mariana regularly ministers in all cities round the Netherlands while presently based in the city of Maastricht; she also ministers regularly in London, Germany and Belgium.

Pastor Mariana is passionate about Jesus and she speaks 8 languages which she believes God gave her as a gift to reach His people in a more motherly way.

Professionally, after 2 Masters, she worked at the Spanish Embassy in Cote D’Ivoire for 2 years, then In Amsterdam she also studied Computing and certified on Database Administration. Mariana has worked in Hewlett Packard office and school of Computing in Amsterdam and obtained many trainings and diplomas including the Database Administration from Siebel and Oracle. She has also worked in many offices in Holland including Swift, Ricoh, Elsevier and more.

Pastor Mariana has written and is still writing many books including ‘Heaven of a good marriage’ a book with 70 marriage keys for a successful marriage as she believes that a good or bad marriage can influence one’s Eternity. ‘The Creative power of prayer’; ‘Happy Christian’ and more.

In the Netherlands Pastor Mariana has also founded an organisation called ‘Help The Needy’ aimed at helping the secret poor in Europe who are struggling with debts, lack and depression. HTN (Help The Needy) receives people every week organising meals times, concerts, children programs and listening times; giving audience to these special people of GOD and helping them in their lives journey with special counselling, spiritual therapy, deliverance and healing.

She is married and mother of 2 Children who are in Ministry with her from their tender age.

In July 2017 Pastor Mariana received an Impartation Award from the “All Stars Europe Minister Award” from the House of Refuge Ministry in the Netherlands.

Shekinah Evangelical Church supports orphanages in Africa Kenya, Cameroon, Uganda. As a Church we have the vision to work with God to bring revival and deliverance in the Netherlands and in the nations throughout the world. We believe that loving God and helping people is the very essence of our existence and we are passionate about reaching people with the Love of Jesus Christ.